Stories of repression and persecution are commonly exhibited in the Saudi authorities treatment of people from Al-Qatif and Al-Ahsa (Eastern Province region). Arbitrary arrests, torture, coerced confessions, fabrication, show trials with non-independent biased judges, and trials which end in beheading and the hiding of the executed bodies are just some of the scenarios that have been witnessed by people from these areas during the Saudi regimes reign.

The suffering of the people in these marginalised areas continues despite the regions immense wealth due to oil and gas reserves. Instead of endowing the population of these areas  due to the resources of their land, the population has suffered violations and injustice, not because they have committed any crime, but because they are Shia muslims. The Saudi government, which adheres to the Wahabbi ideology, restricts and violates Shia muslims right to religious freedom. Even when shia muslims visit the grave of the holy prophet in the holy city of Medina, and during the holy days of eid, the authorities will target them with the intention of detaining them, and practise torture against them…. This is the story of Mohammed Hussain Al-Nemer, aged 19.

During five months of solitary confinement in the cells of the General Directorate of Intelligence (GDI) prison in Dammam, the detainee Mohammed Hussain Al-Nemer was subjected to extreme and multiple forms of torture. Whilst in a solitary confinement cell, he had his fingernails removed with a sharp metal instrument. Furthemore he was subjected to being whipped, which left painful marks all over his body, drawing a map of torture across his young slim body, according to a private source. Mohammed was also also kicked using military boots, which left black bruising and swelling all over his legs. He was also punched in the face, which left bruising and also changed the features of his face.

Shockingly, according to the source, GDI officers also sexually harassed young Al-Nemer, in an act with goes against all moral and religious values, by using nudity to sexually harass him. He was suspended naked from his legs for long periods of time (hours), and during this time he was kicked with military boots in his private parts. The physical torture was practised on him by several different teams or groups of officers, who would take it on turns, as on torture team left, another would enter, in order to ensure that young Al-Nemer was in a constant state of near unconsciousness and that his torture was prolonged for an unknown lengthy period of time.

The source also revealed that alongside the physical torture he endured, Mohammed Hussain Al-Nemer was also subjected to immense psychological torture by officers at the GDI. He was threatened with violence and was told by his torturers that “Now you meat will be cut up and thrown to the dogs, in a place where no one will find you”.

According to the source, Mohammed Hussain Al-Nemer (born on 17th February 1998), is from the town of Awamiyah in Al-Qatif, and a student who has completed his secondary school education. He had decided to spend the muslim festive holiday of Eid in the holy city of Medina. It was whilst he was in Medina that Saudi intelligence team used weapons to arrest him and a group of other youth on the 30th June 2017. Al-Nemer noted that whilst he was was visiting the city of Medina, he was in a pool/billiard hall and received an unknown call, and this unknown caller called several times asking for a random name. Following these calls, Al-Nemer and his friends took a taxi, as as the taxi proceeded to move, it was surrounded by several Saudi intelligence (GDI) vehicles. They took the youth out of the car and transferred them to an unknown destination. Mohammed and his friends were missing for two days, and it was only after this time that they were allowed to contact their families and inform them that they were being held by the GDI of Medina.

The absence of Mohammed created anxiety and fear for his family surrounding his fate, particualrly as the GDI of Medina denied knowledge of his location. After some days, Mohammed was then transferred to GDI prison in Dammam. GDI Dammam office denied that presence of Mohammed in their facility, and warned the family against search or asking after him until they are contacted and asked to attend. This contact did not come until five month after his initial arrest.

Mohammed Al-Nemer, who was arrested by security forces without a warrant or a summons, was incarcerated for five months in solitary confinement. He was subjected to the worst  forms of torture and human indignity. He was denied contact with his family for a period of five and a half months, before being allowed to visit him for a few minutes only. The horrors of torture endured by Mohammed led to several illnesses, due to the methods of torture used and the denial and deprivation of medical care post torture. He was also banned from medicine after eventually seeing a doctor. The detainee continues to suffer from colons infection and urinary tract infections. After months of suffering, he was allowed treatment of 12 tablets a day, according to the source.

The source clarifies that there  have been no charges  against young Mohammed, and the reasons for his arrest remain nuclear, as he was not presented before a court despite 10 months since his arrest. Neither has he or his family been allowed to appoint him a lawyer. The source pointed out that the the family of young Mohammed faced a lot of delays and obstacles whilst searching for their son. The source asserts that “The only crime Mohammed commited is that he is related to the family of Sheikh Nimr Al-Nimr, and that he is from Awamiyah, considered to be a place resistant to the arrogance of the Saudi authorities’.

Mirat Al-Jazeera presented young Mohammed’s case to a Saudi lawyer and he responded with the following: “The brutality of the Saudi intelligence services, and the lack of commitment of Riyadh to UN human rights charters and covenants, and the role the Saudi intelligence to cultivate an ideology of regional sectarianism against the Shia, have contributed to the arbitrary arrest and torture of hundreds of youth from Al-Qatif and Al-Ahsa. Within this lens, it becomes possible to understand the harrowing story of torture which was endured by detainee Mohammed Hussain Al-Nemer”. 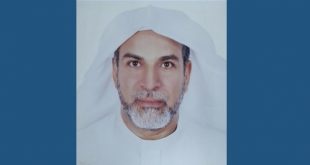